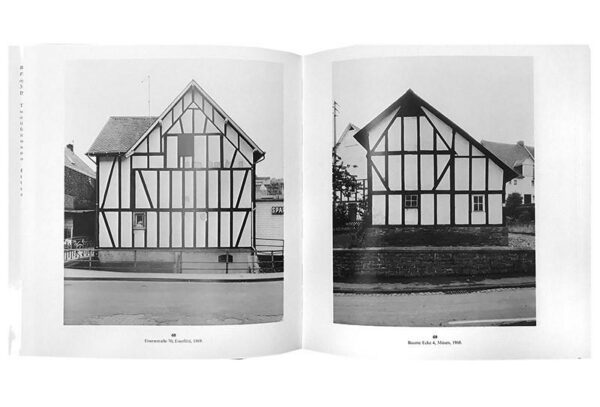 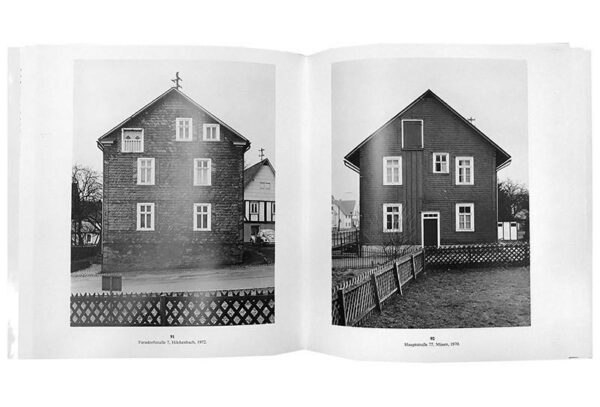 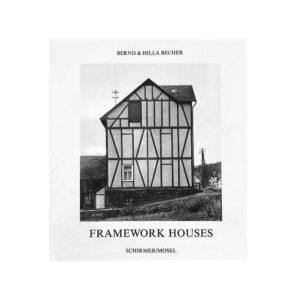 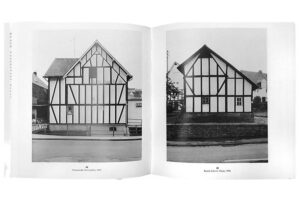 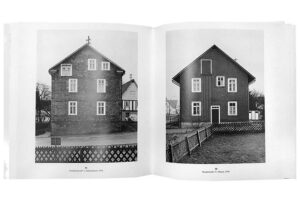 A new edition of the first book by photographers Bernd and Hilla Becher, featuring framework houses of the Siegen region of Germany.

Bernd and Hilla Becher have profoundly influenced the international photography world over the past several decades. Their unique genre, which falls somewhere between topological documentation and conceptual art, is in line with the aesthetics of such early-twentieth-century masters of German photography as Karl Blossfeldt, Germaine Krull, Albert Renger-Patzsch, and August Sander.

Framework Houses, their first and most famous book, was originally published in Germany in 1977 and quickly went out of print. This new edition of that classic work takes advantage of reproduction and printing technologies not available in 1977.

Most of the houses in the book were built between 1870 and 1914 in the Siegen region of Germany, one of the oldest iron-producing areas of Europe. The houses were built by immigrants who came to work in the mines or blast furnace plants. In 1790 a law was enacted to save wood for iron production by preventing its excessive use for house-building. The law prescribed the amount of lumber structurally required and forbade the construction of elements serving only ornamental purposes. It also specified the maximum strength for beams, sills, cornerposts, and studs. A functional framework, combined with neoclassical proportions, determined the new type of house; it was also applied to other buildings such as barns, churches, schools, inns, shops, factories, and mine structures.