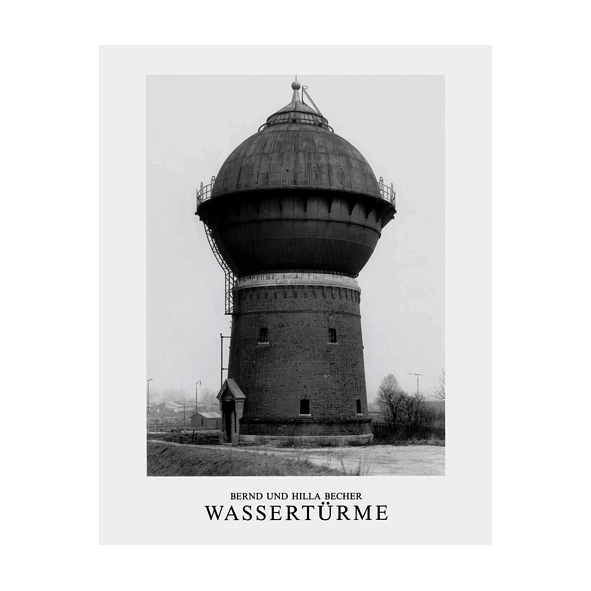 On long journeys through Central and Western Europe and the United States since 1957, Bernd and Hilla Becher have compiled a wealth of examples of the industrial construction type of water towers. Although water towers are so-called functional buildings, which have a clearly subordinate rank in the hierarchy of architecture, the specimens photographed by the Bechers between the turn of the century and today reveal an unprecedented variety of shapes in which national styles and local traditions are also reflected like the imagination, temperament and innovation of their builders.