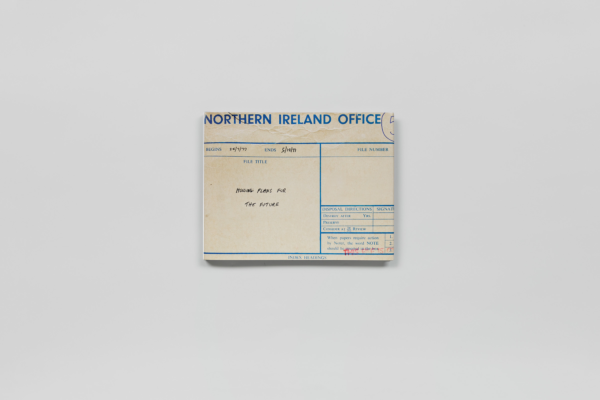 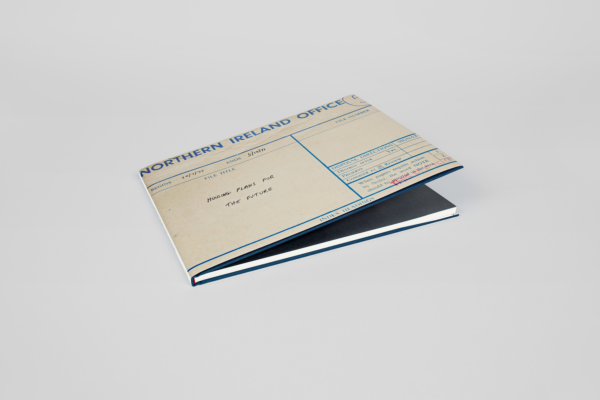 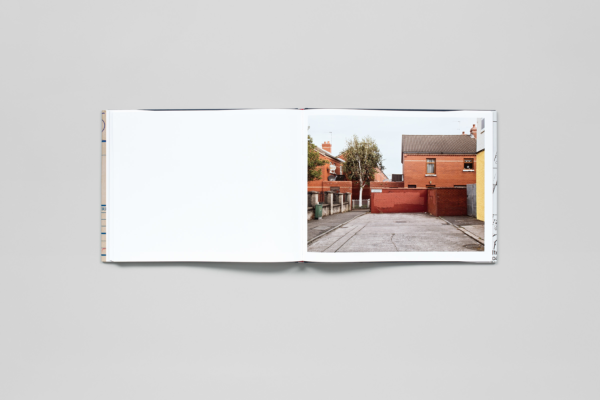 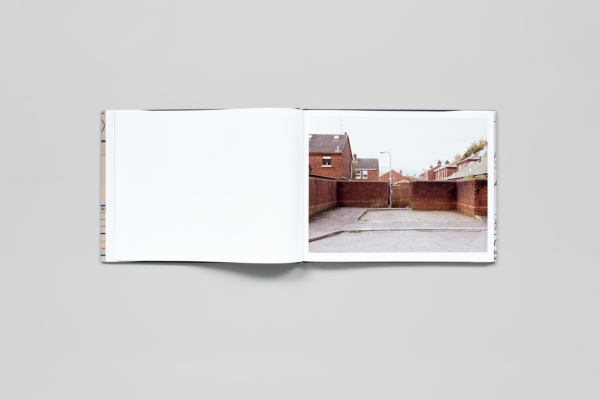 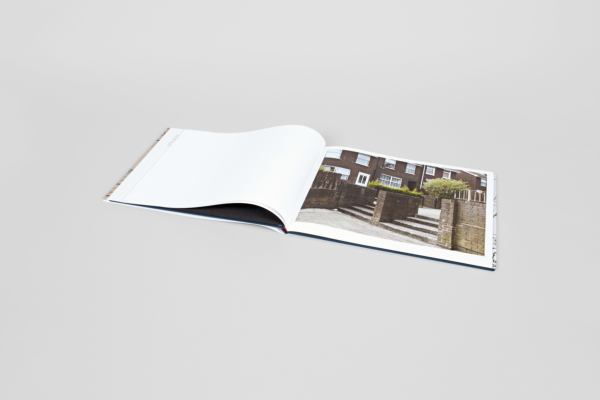 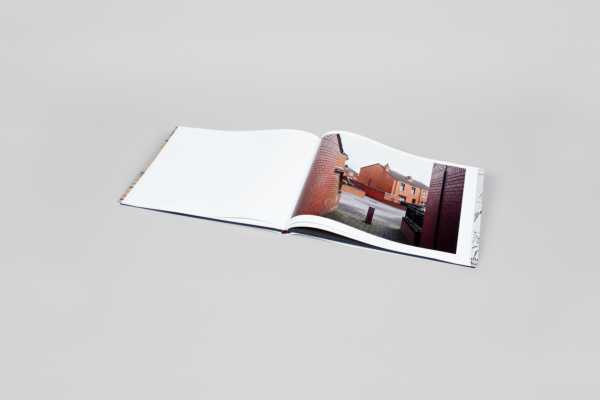 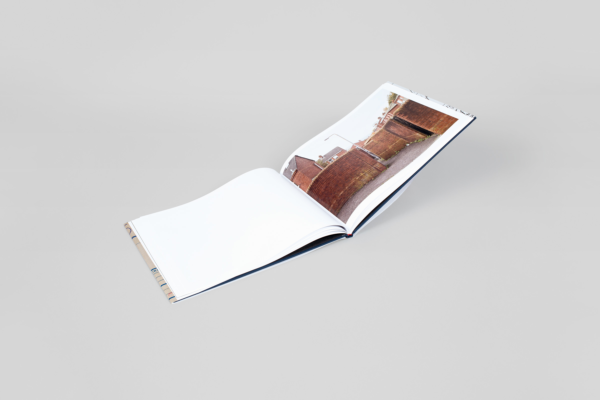 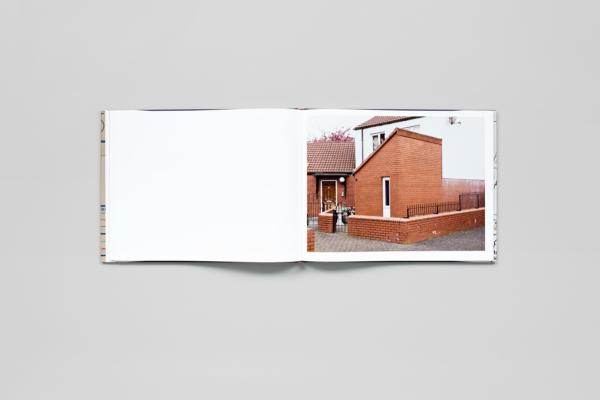 This is the latest of Donovan Wylie’s books with Steidl that explore the architecture of the Northern Ireland conflict. While Wylie’s earlier publications including British Watchtowers and Maze (on Belfast’s Maze prison) document disappearing military structures, Housing Plans for the Future focuses on the legacy of architectural containment in urban areas today.

Wylie took these photos during walks through a number of social-housing neighborhoods in inner-city Belfast, which look eerily similar. While the built environments at first appear benign, even mundane, sustained looking reveals how they purposely control vision and movement. Walls block vehicle access, houses are inverted to face away from neighboring communities and minimize potential antagonism, and excessive street lighting ensures visibility in what Wylie calls “a prison of sorts … a completely thought-through system of social control.” These defensive structures, built in the 1970s and ’80s and still populated today, are a powerful and largely unrecognized legacy of the Northern Ireland conflict.