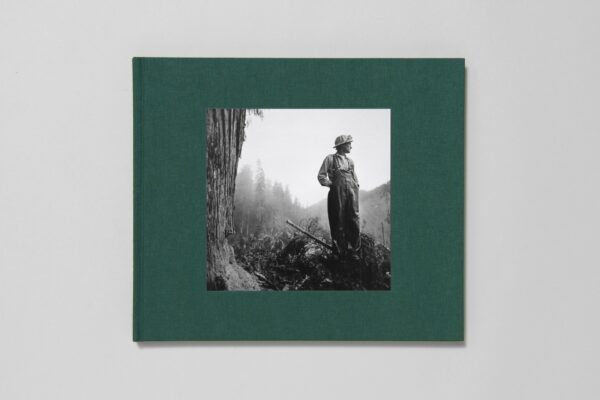 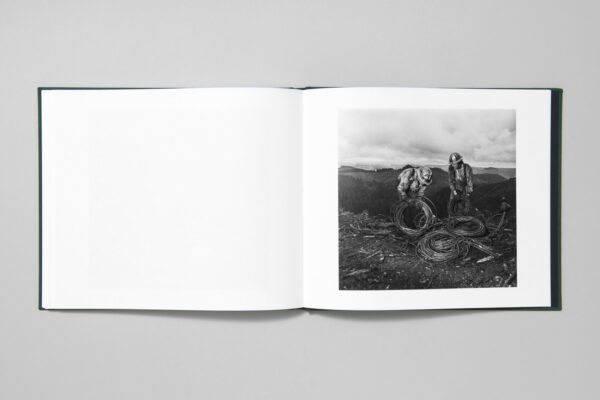 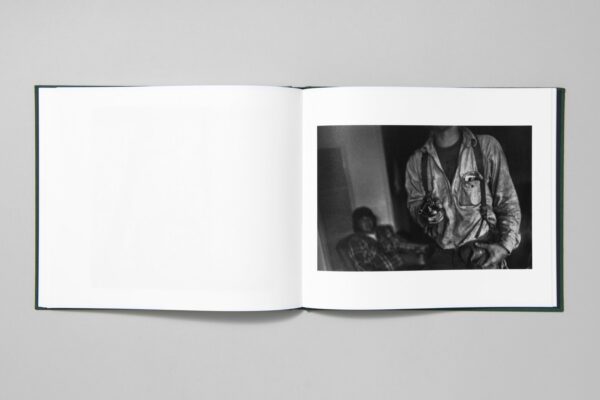 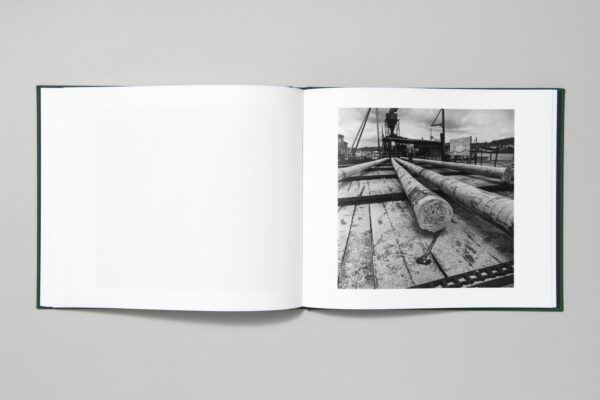 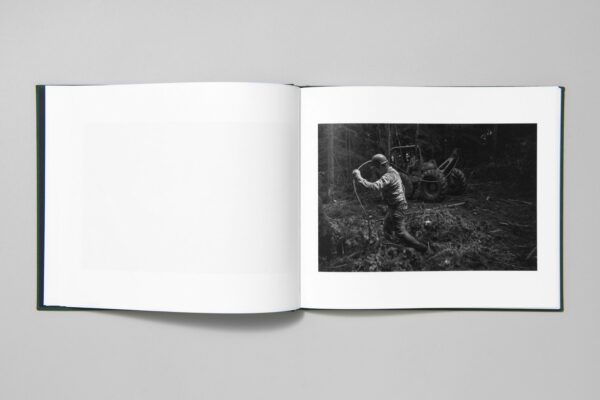 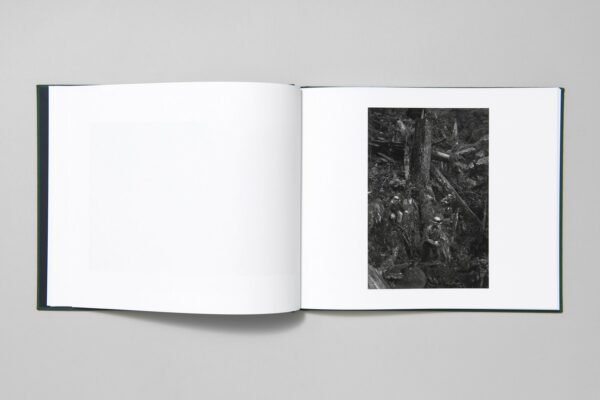 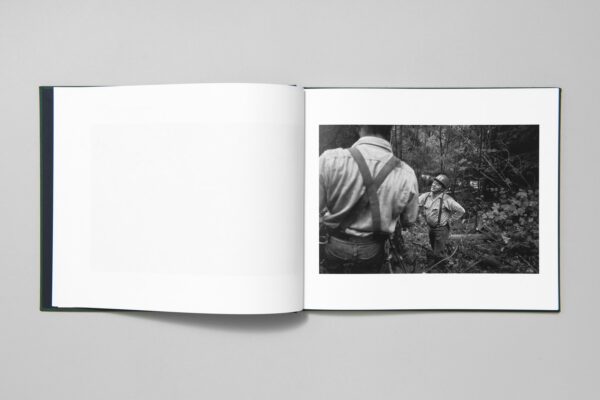 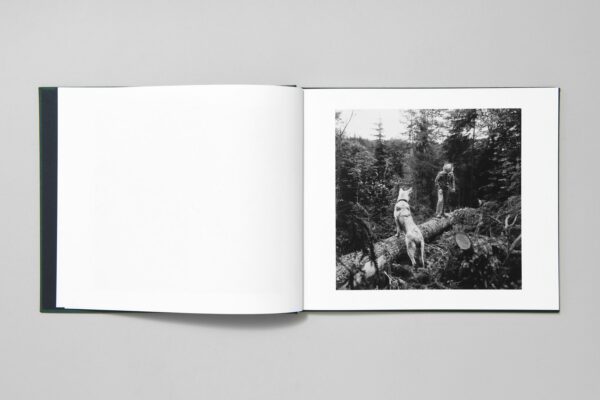 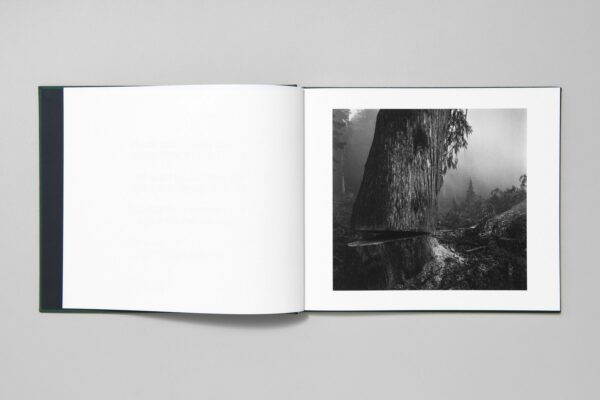 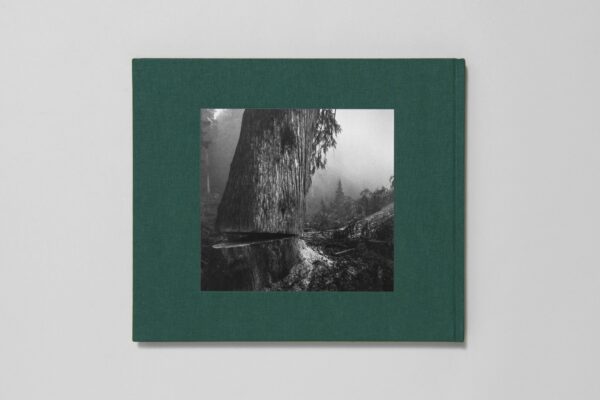 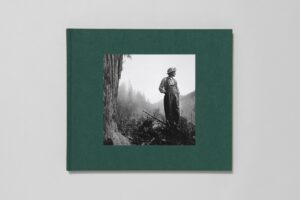 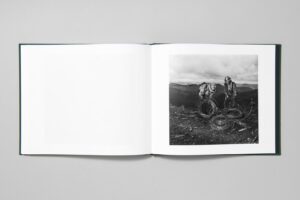 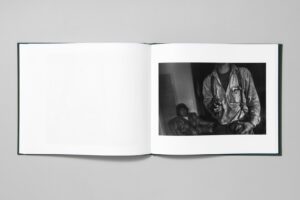 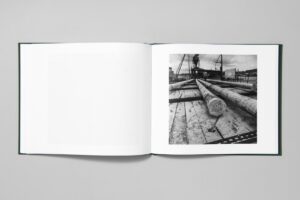 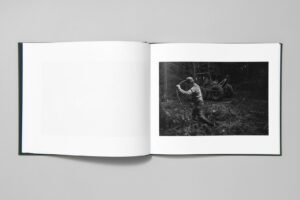 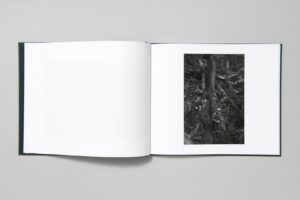 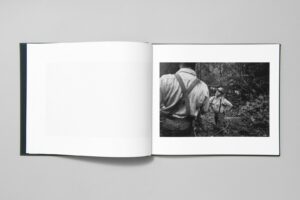 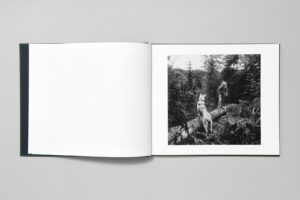 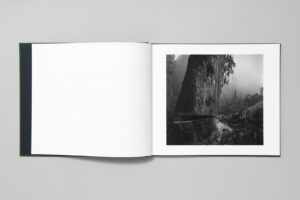 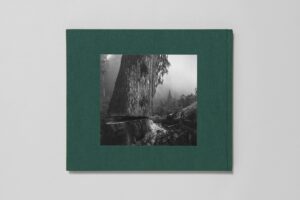 In 1980, the American photographer Larry Fink received a grant from the Seattle Museum of Art, or as he tells the story, ‘My star was starting to rise. I was called’ and so, already a logger of sorts himself, Fink made a natural transition into photographing the rugged breed of men who selectively pillaged the deep, virgin forest of the Olympic Peninsula, in western Washington.

Fink was assigned to ‘a gypo logger’ Davey McCardle, who would prove a significant character in the story of making ‘Opening the Sky’. Fink recalls,’ Back up the mountain with a flash in hand and a bag of forty pounds, a Mamiya C330 and a Leica M2 as my cameras, I was living a tentative life, jumping over logs rolling at me and sidestepping crevices and snakes, at the same time photographing the logging.’

‘Think of the sound from the back of a long tunnel. A whooooosh and slow silent rumble, then the gnawing ra-ta- tat-ta of the saw. Its whine, searing as is lacerates three hundred and fifty years of slow time growth with quick time destruction or production. Finally a great aching arch, a crack, a whir, and a long dark roar. Gravity takes its toll, hallow of time, silence then. A silence without time. The massive tree settled in a bed of mosses, ripped and startled into submission. Looking through a camera is not looking at danger in the same way as straight on.’

The resulting images, published in a beautiful limited edition hard back cloth covered book, are majestic, poetic and fearless — Fink at his finest.