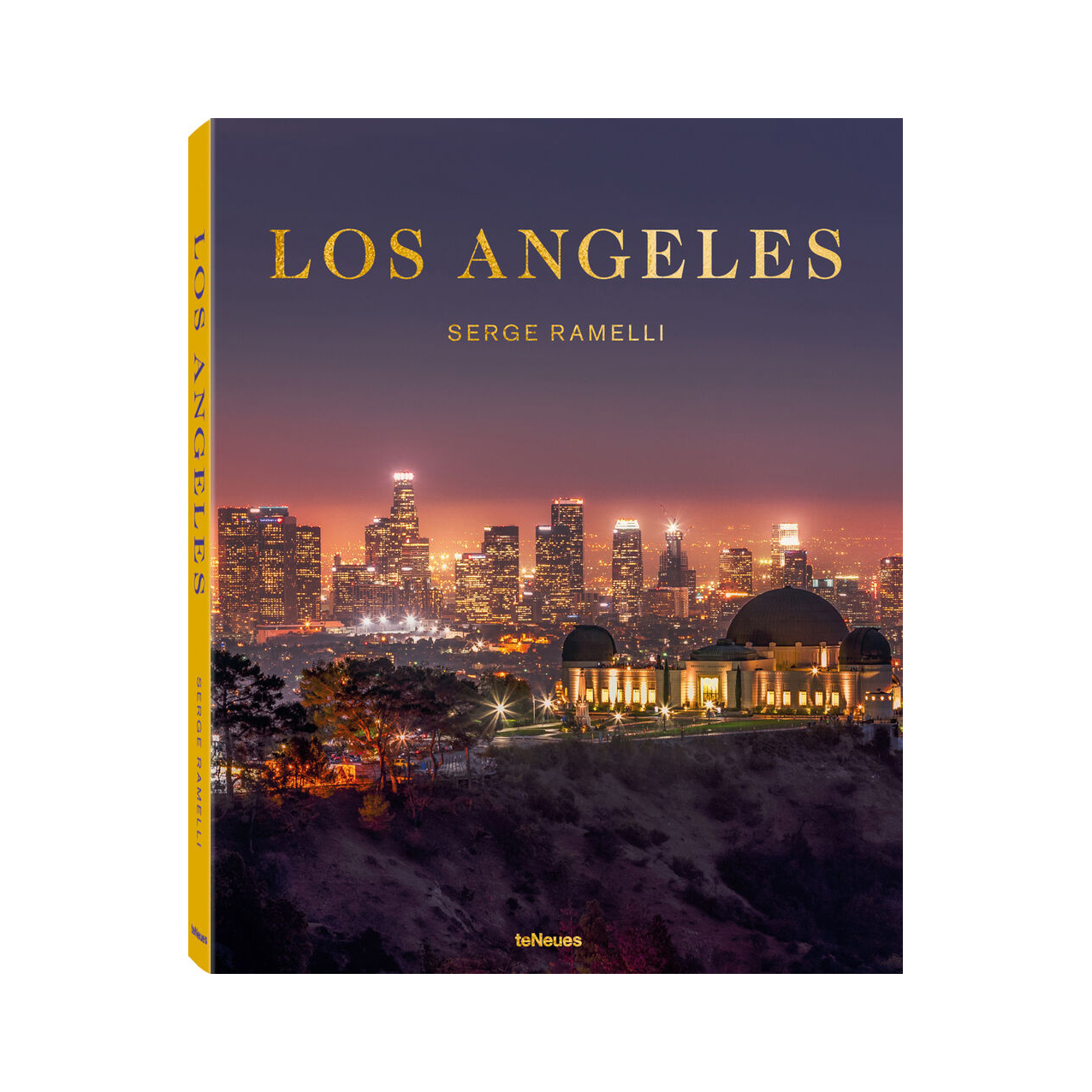 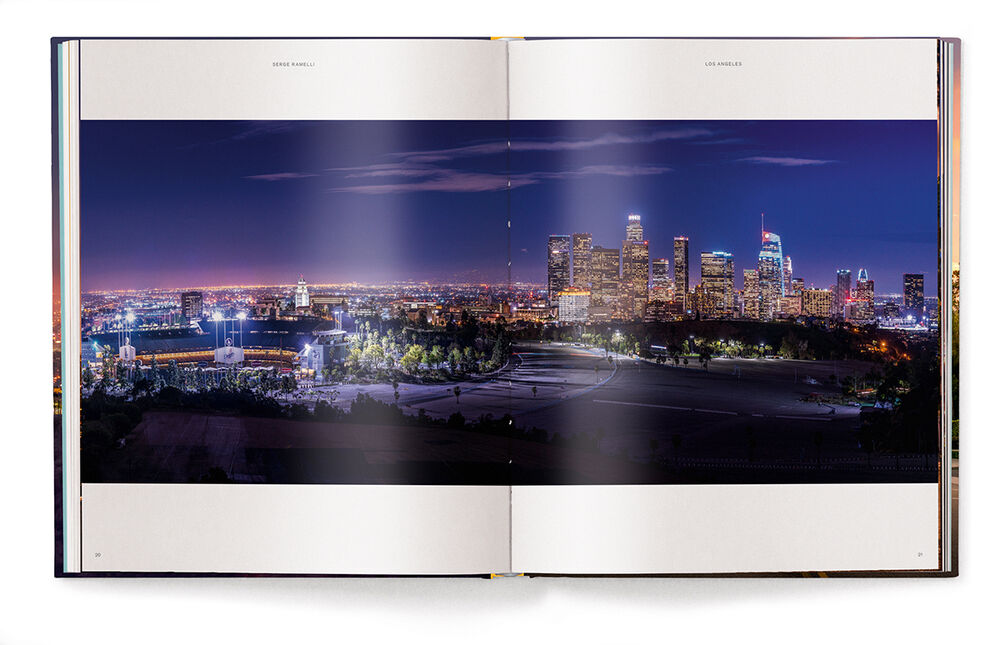 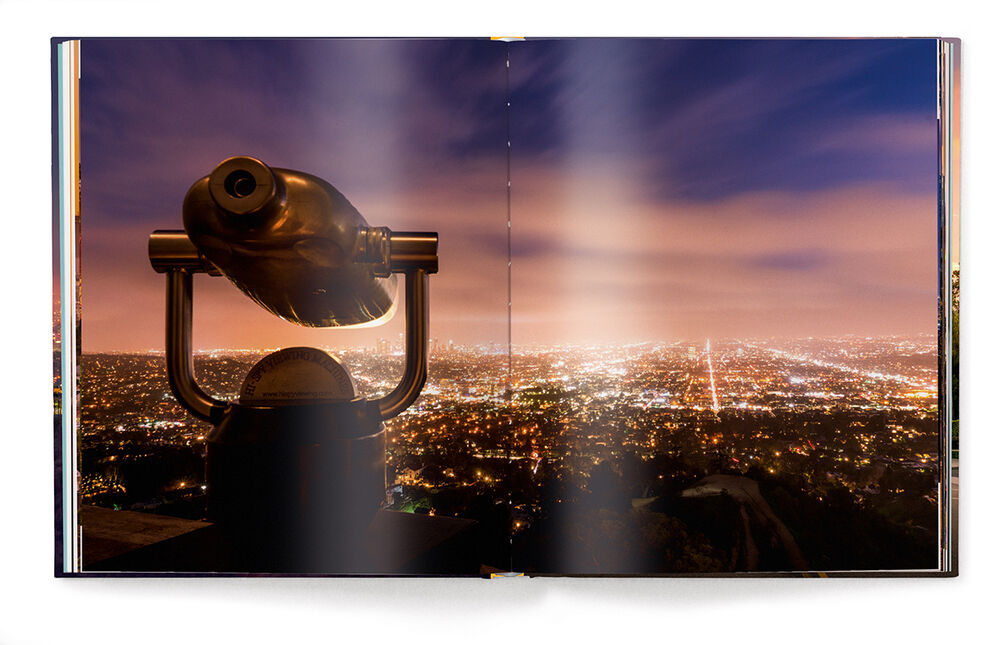 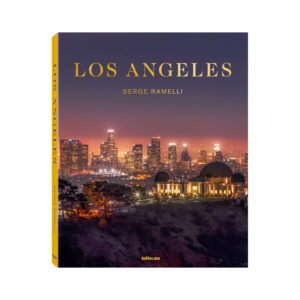 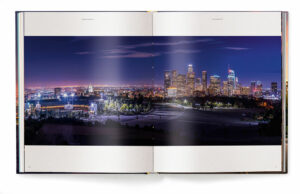 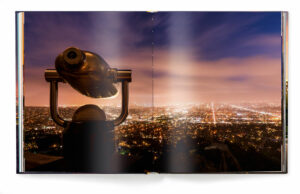 Photographer Serge Ramelli turns his lens on the vast and complex coastal metropolis of Los Angeles, whose name “City of Angels” reflects its Spanish-Mexican influence, although it is most familiarly and affectionately known by its acronym: “LA.” Despite the city’s relatively short history, this Californian hub has been the global center of the film industry for over a century.

Stars and starlets have always felt at home beneath their celestial counterparts as seen in a twinkling LA sky captured in Ramelli’s celebrated night photography. A place of contrasts and stark topography, Los Angeles is well situated for drama and spectacle-flanked by mountains to the north and east, demarcating the San Fernando Valley, opening to the south and west onto Santa Monica Bay, and the coastline of the Pacific Ocean. Beyond Paramount Pictures Studio and a breathtaking landscape, the Los Angeles map boasts universities and museums, concert amphitheaters and opera houses, and is home to cutting-edge air and spacecraft industries. It is a geographic region as well as a place in our collective imagination that embodies the American Dream: freedom, space, home ownership, ambition, and pursuit of luxuries, large and small-while the accompanying urban density, crime, and smog are harsh reminders of its flip side.

Featuring a stunning selection of vibrant and varied photographs, this Los Angeles photo book from YellowKorner star Serge Ramelli captures all the dichotomies and allure of this storied Californian metropolis. Candid and posed, color and black and white, romantic and documentary, Ramelli’s images is a dynamic visual journey through a fascinating and seductive city.