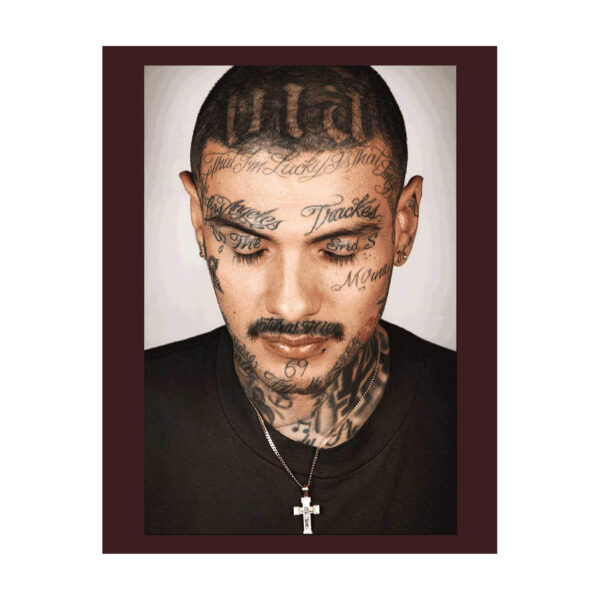 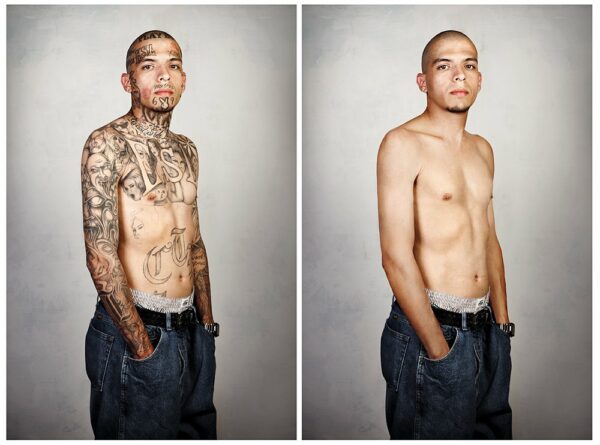 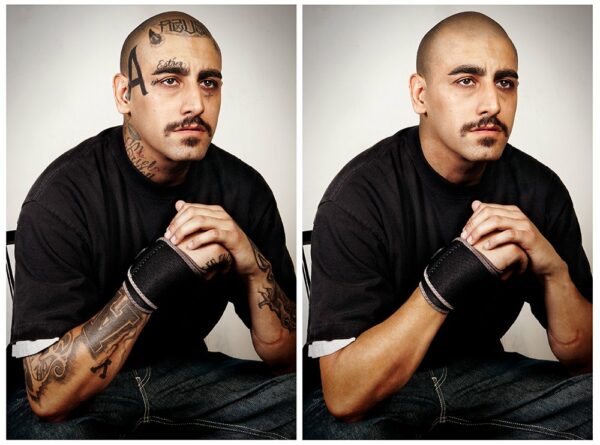 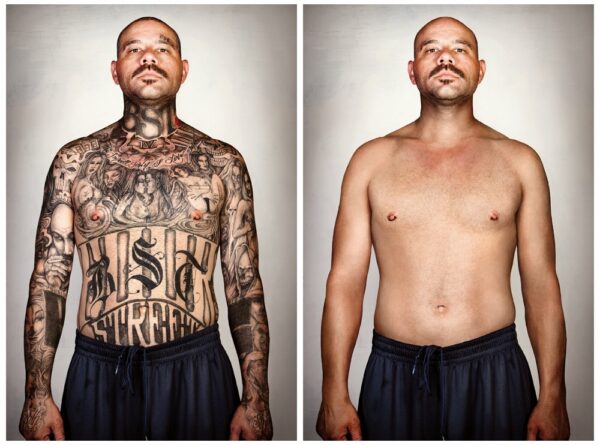 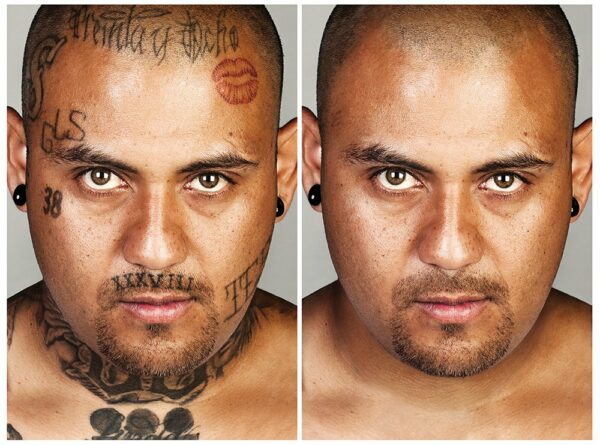 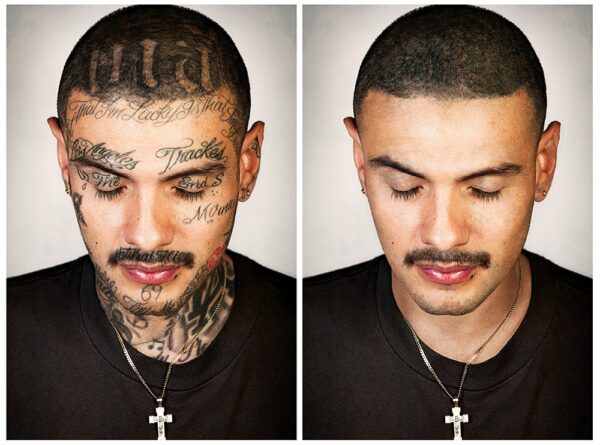 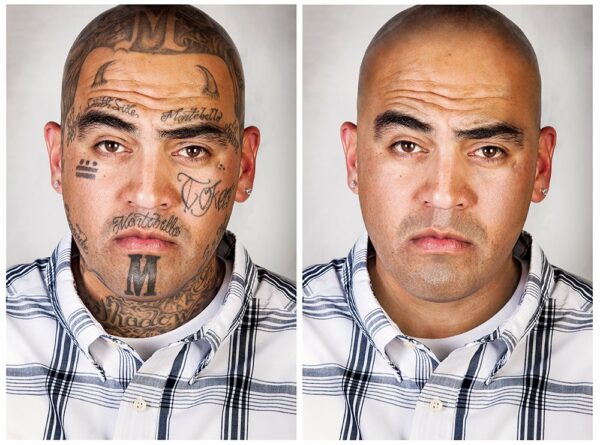 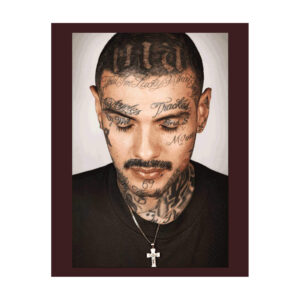 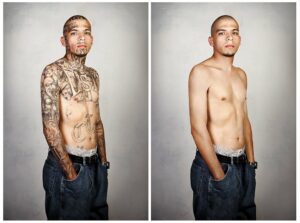 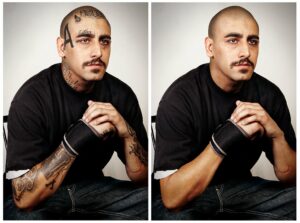 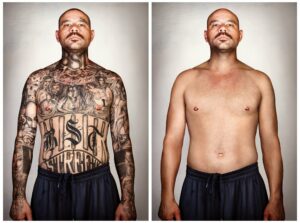 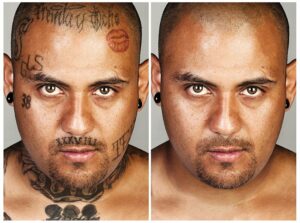 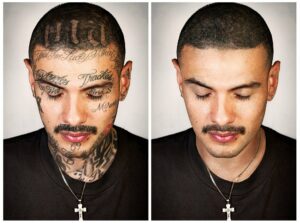 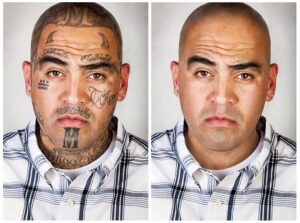 For decades now tattoos have been potent symbols of the Los Angeles gang-life scene. The black and white tattoos with recognizable gang symbols appear on members’ faces, necks and all over their bodies, making their gang affiliation immediately clear to whomever crosses their path. This can mean the difference between life and death on he streets, and just as often, in prison.

What does this prominently placed imagery mean for those men and women who somehow extricate themselves from gang life or are released from prison or want to separate themselves from the gang and start life anew? The very tattoos which may have helped guard against the constant threat of rival gangs now bar many ex-gang members from employment, life without harassment, and the freedom to move on from a past they have worked hard to overcome.

Skin Deep is a photography project that seeks to show the effects of this ongoing gang conflict in Los Angeles. Photographer Steven Burton set out to photograph realistic portraits of former gang members who are trying to escape the revolving door of death and prison. For these men and women, the aftermath of gang life is not only carried within–it is also scrawled across their faces and bodies. Skin Deep uniquely highlights the impact tattoos have on the way a person is perceived by showing what each participant might look like without them.

Utilizing before and, thanks to the advantages of Photoshop, after photographs, these men and women got a chance to see what they’d look like without the inked visual armor. After the bare images were presented to each, they were asked to talk about themselves and their families, what tattoos represent to them, and their aspirations for the future.

Seeing themselves without tattoos–many for the first time in decades–naturally brought about a wide range of emotions, recollections, hopes, and dreams, with responses such as: ”I am shocked. I don’t know what to say about this. I am going to give this to my mom, she is going to be so happy.” ”I think this guy in the pictures would judge the one with tattoos right off the top.” ”That’s crazy, that looks real crazy. Those came out cool man! I think I like it better without the tattoos.”

Burton met his subjects thanks to Father Greg Boyle, the founder of Homeboy Industries in LA, and the entire project is inspired by his tireless work to help rehabilitate these former gang members and give them all a crucial second chance in life. Skin Deep offers a chance to expose the realities these individuals face when trying to rebuild their lives and re-enter society. As importantly, for the public, the project provokes consideration regarding how society perceives and judges people with tattoos and violent pasts and seeks to garner empathy for those caught in the crosshairs of gang life as they try to change their futures.