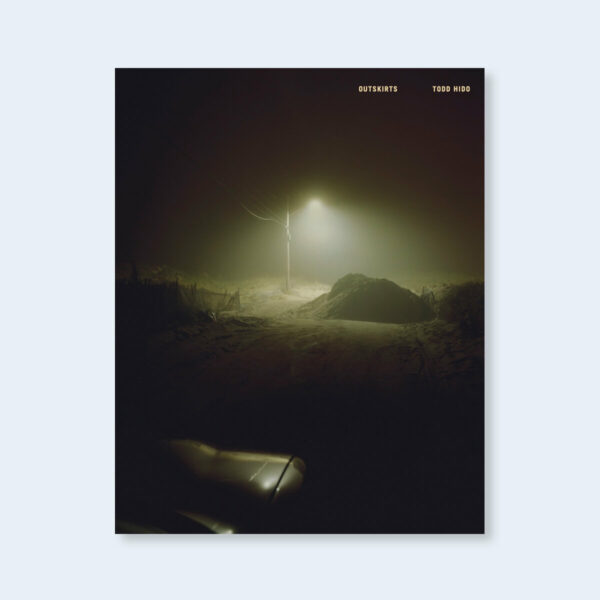 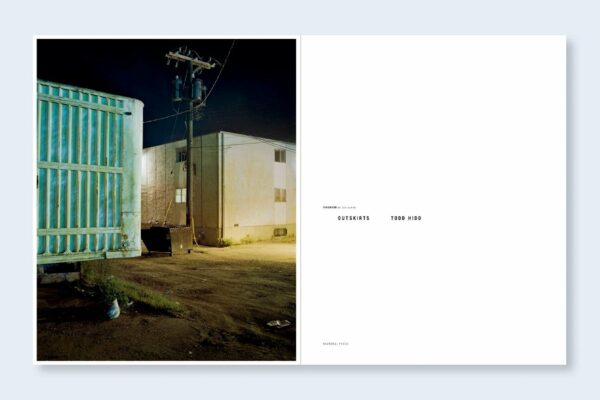 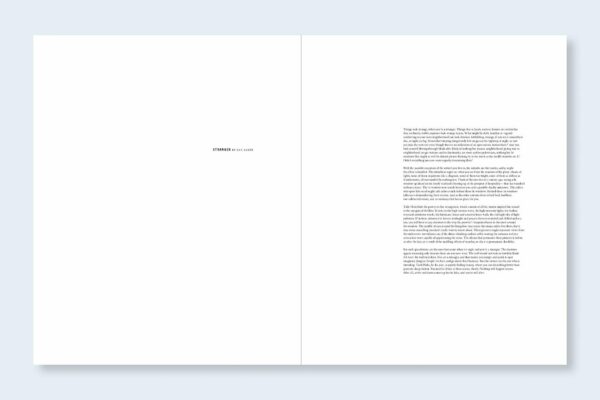 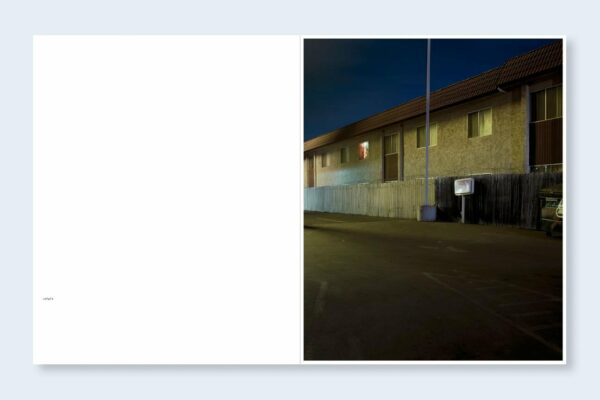 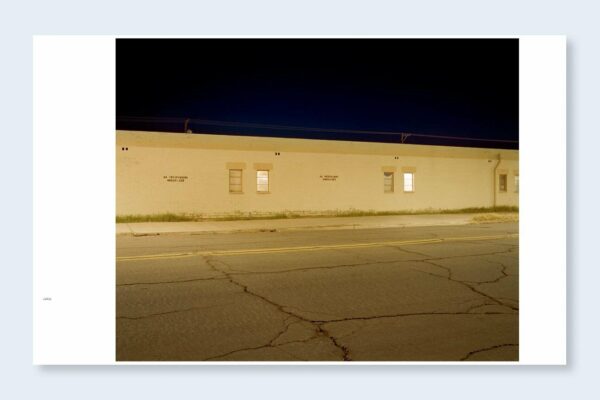 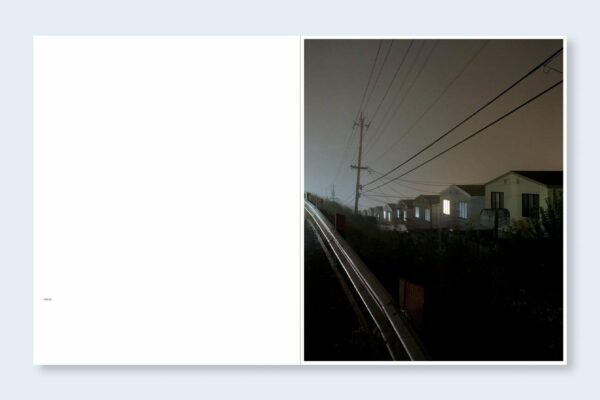 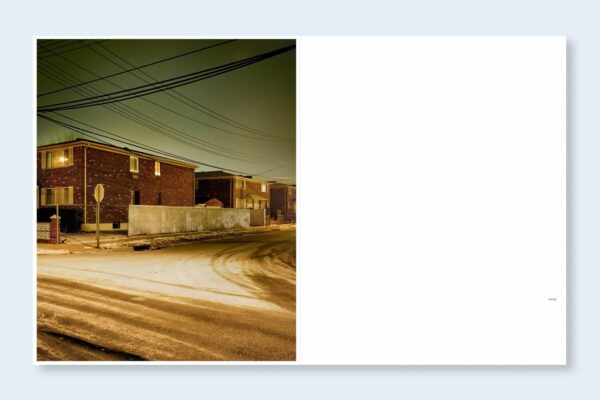 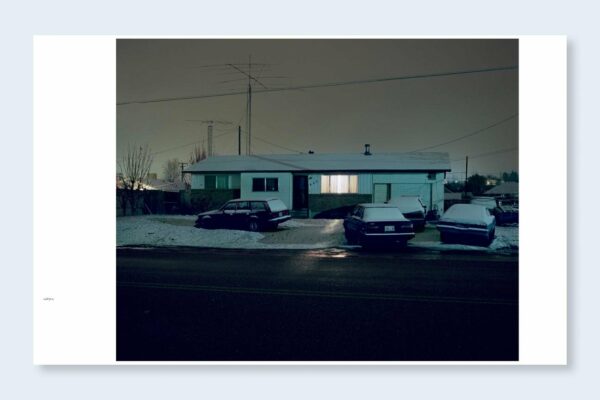 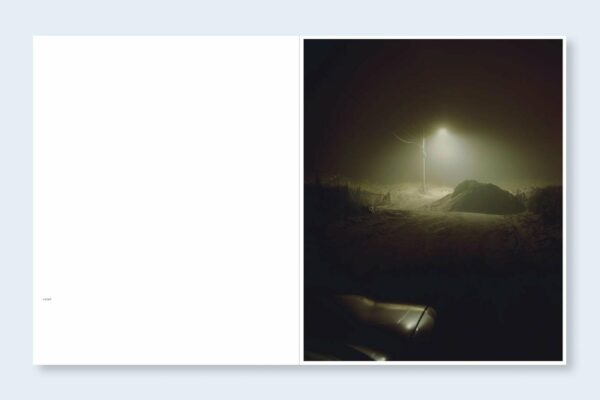 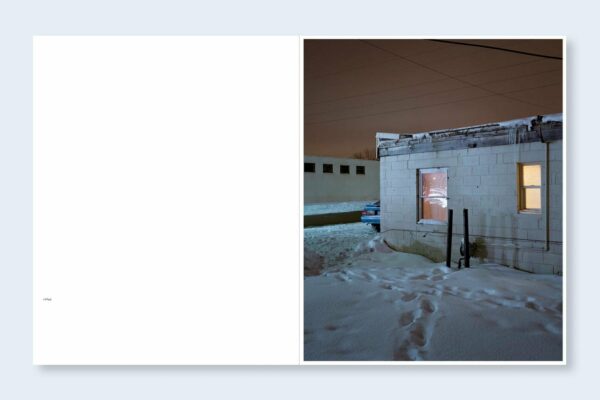 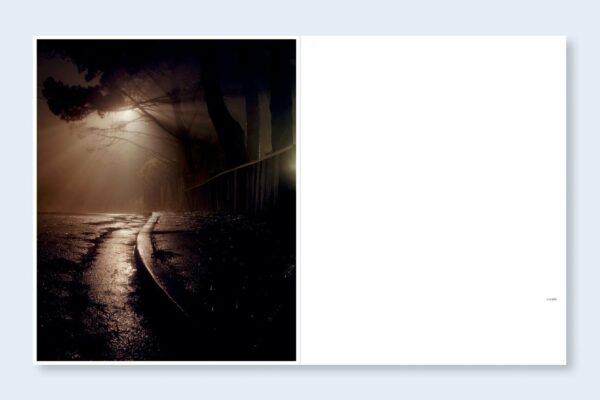 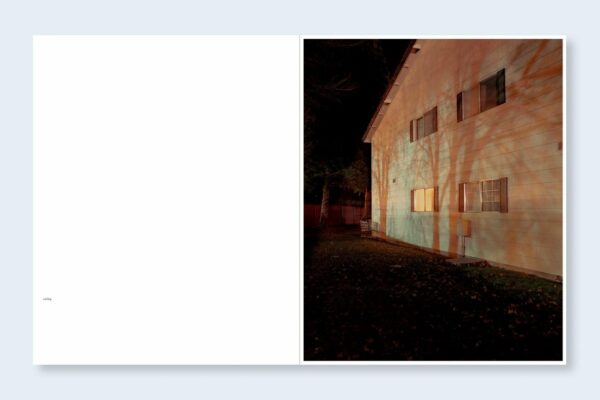 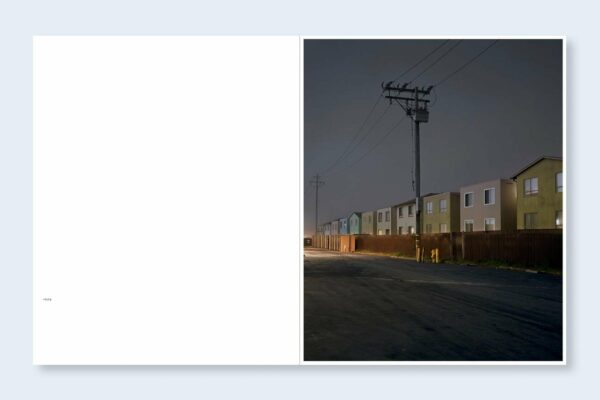 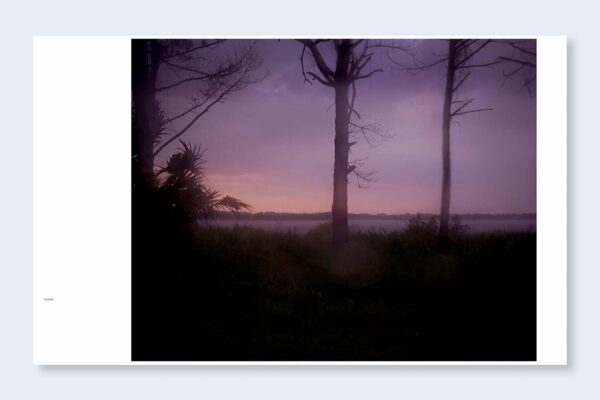 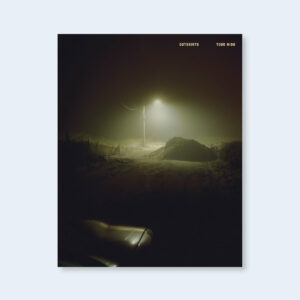 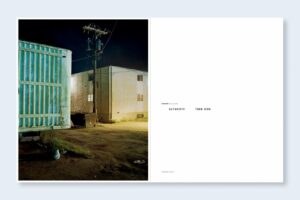 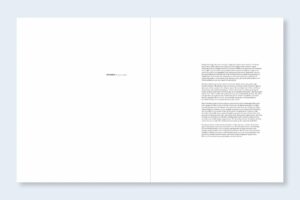 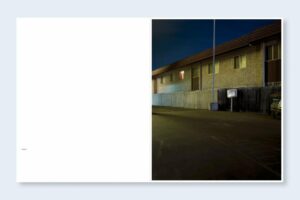 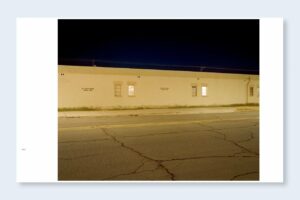 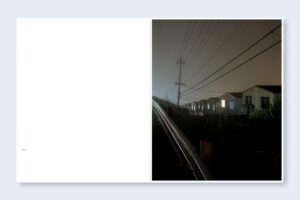 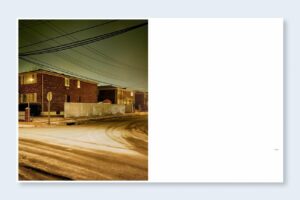 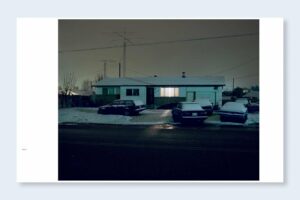 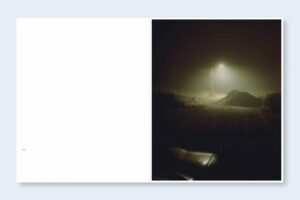 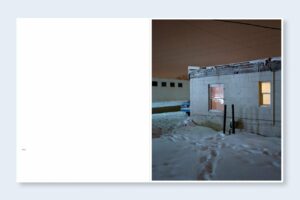 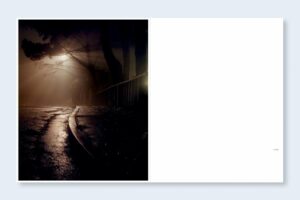 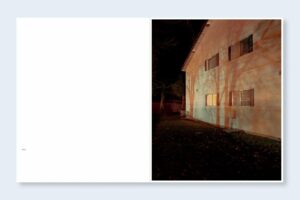 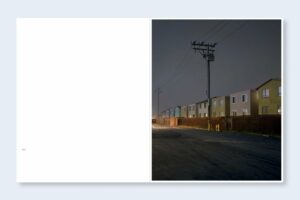 “Todd Hido finds the poetry in that strangeness, which consists of all the matter implied but unsaid in the margins of thrillers. It lurks in the high-tension wires, the high-intensity lights, the leafless trees and ambitious weeds, the hurricane fences and concrete knee-walls, the red night sky of light pollution. If in these pictures it is forever midnight and you are forever stranded and chilled and at a loss, you still have to pay attention to the way the prowler’s footprints hover in the snow around the window. The jumble of cars around the bungalow may mean that many adults live there, but it may mean something you don’t really want to know about. These pictures might represent views from the undercover surveillance car, if the driver drinking endless coffee waiting for someone to leave or to arrive were capable of appreciating the scene. The silence that permeates these pictures is before or after the fact, or a result of the muffling effects of weather, or else it is permanent, deathlike.” — From the Introduction by Luc Sante

Nazraeli Press is thrilled to announce a newly remastered edition of Todd Hido’s iconic and long-out-of-print second monograph, Outskirts. As with Nazraeli’s new edition of House Hunting released in 2019, they collaborated closely with the artist to achieve the highest possible fidelity reproductions. Printed on heavy weight matte art paper, their new printing of Outskirts surpasses the original printing with more accurate color rendition and subtle nuances in tone and saturation. It will be an important addition to libraries and collections lacking access to the elusive 2002 edition, which itself solidified Hido’s position in the art world following on the heels of his groundbreaking first monograph, House Hunting.

Todd Hido’s photographs have been the subject of solo exhibitions throughout the United States, Europe, and Asia.

Work by Hido is held in many important public and private collections including the Guggenheim Museum, New York; Los Angeles County Museum of Art; San Francisco Museum of Modern Art; the Whitney Museum of American Art, New York; the Art Institute of Chicago; the Smithsonian; and Fotomuseum Winterthur.

This new, remastered edition of Outskirts is limited to 3,000 copies.