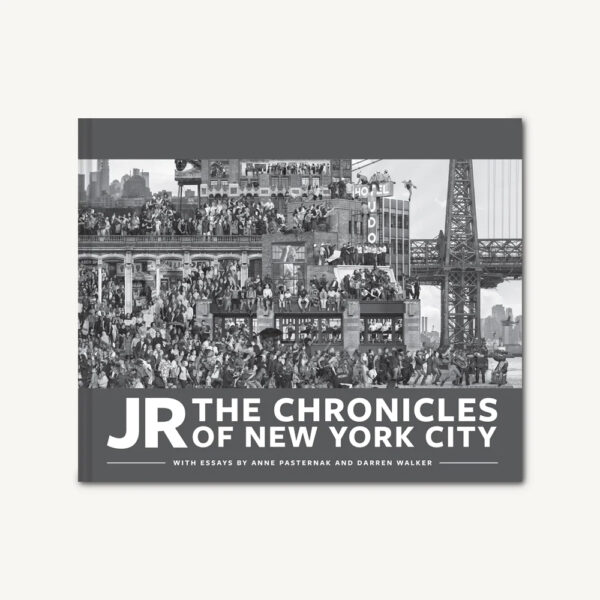 World-renowned artist, TED Prize winner, Oscar nominee, and one of Time‘s 100 most influential people of 2018, JR is a contemporary art superstar.

In 2018, JR brought his mobile photo studio to New York City. Over one thousand New Yorkers posed for the camera and told their stories, and JR compiled their portraits into an astounding photographic mural—a portrait of the city—for the Brooklyn Museum.

JR: The Chronicles of New York City features both the final mural and every individual photo, as well as a selection of compelling stories and a behind-the-scenes look at how this incredible work was made.

• The Chronicles series aims to capture the essence of iconic cities in words and images
• Includes a removable poster that showcases the entire mural
• Features essays by Darren Walker of the Ford Foundation and Anne Pasternak of the Brooklyn Museum, as well as an artist’s statement

The groundbreaking artist first began his Chronicles series in a suburb of his native Paris and expanded upon the project in San Francisco and New York.

For JR’s legions of fans and anyone who loves or lives in New York, this book reveals art and urban community from a new angle.