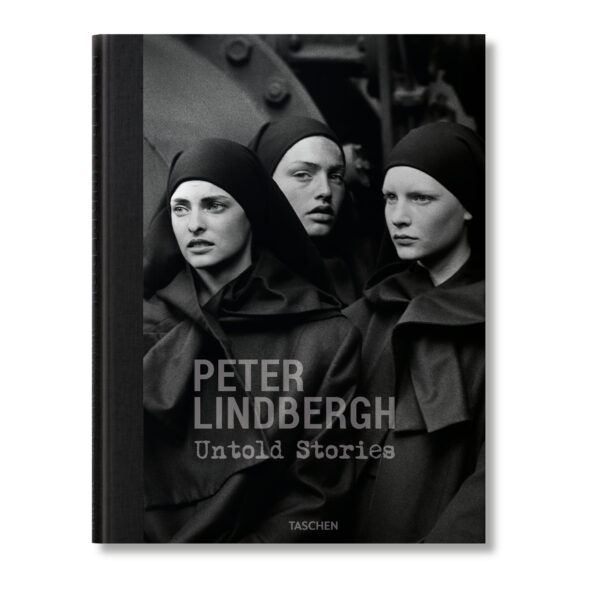 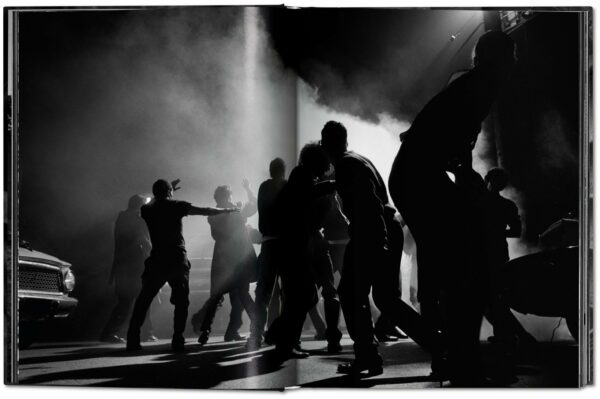 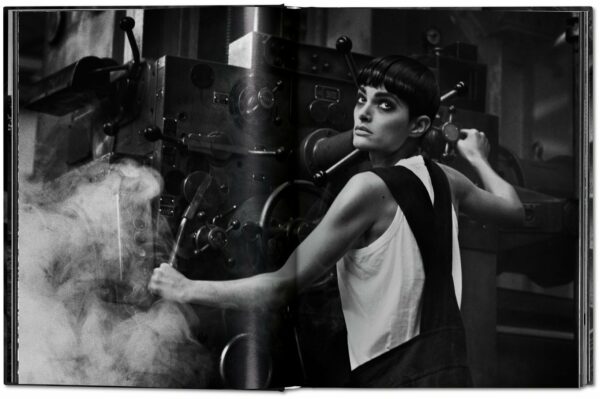 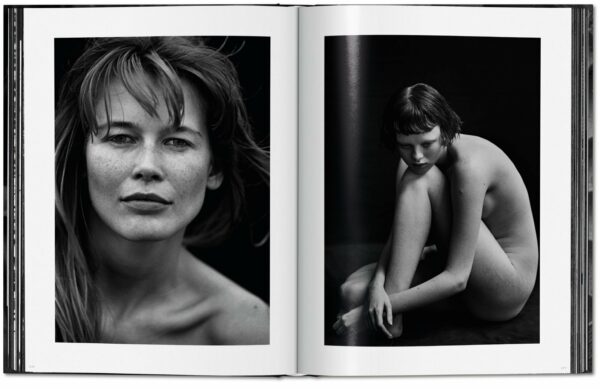 The first-ever exhibition curated by Peter Lindbergh himself, shortly before his untimely death, Untold Stories at the Düsseldorf Kunstpalast served as a blank canvas for the photographer’s unrestrained vision and creativity. Given total artistic freedom, Lindbergh curated an uncompromising collection that sheds an unexpected light on his colossal oeuvre. This artist’s book, the official companion to the landmark exhibition, offers an extensive, firsthand look at the highly personal collection. When it came to printing his photos, Lindbergh chose a special uncoated paper – a thin sheet with a soft, open surface – as a deliberate aesthetic statement.

Renowned the world over, Lindbergh’s images have left an indelible mark on contemporary culture and photo history. Here, the photographer experiments with his own oeuvre and narrates new stories while staying true to his lexicon. In both emblematic and never-before-seen images, he challenges his own icons and presents intimate moments shared with personalities who had been close to him for years, including Nicole Kidman, Uma Thurman, Robin Wright, Jessica Chastain, Jeanne Moreau, Naomi Campbell, Charlotte Rampling and many more.

This XL volume presents more than 150 photographs—many of them unpublished or short-lived, often having been commissioned by monthly fashion magazines such as Vogue, Harper’s Bazaar, Interview, Rolling Stone, W Magazine, or The Wall Street Journal. An extensive conversation between Lindbergh and Kunstpalast director Felix Krämer, as well as an homage by close friend Wim Wenders, offer fresh insights into the making of the collection. The result is an intimate personal statement by Lindbergh about his work.

The photographer
Peter Lindbergh (1944–2019) was a master of his craft who made his mark in the halls of photography history, with such credits as shooting the first American Vogue cover under Editor-in-Chief Anna Wintour, bringing together for the first time a group of young women who would become the ’90s supermodels, and numerous exhibitions at renowned institutions including Victoria & Albert Museum in London and Centre Pompidou in Paris, as well as in solo exhibitions at Hamburger Bahnhof, the Berlin Museum for Contemporary Art, Bunkamura Museum of Art in Tokyo, the Pushkin Museum of Fine Arts in Moscow, and Kunstpalast in Düsseldorf.

The contributing authors
Since 2003, Felix Krämer has been the curator of many notable exhibitions and the author and editor of numerous publications on modern art. In 2013, he was named Chevalier of the Ordre des Arts et des Lettres. After working at the Hamburger Kunsthalle and the Städel Museum in Frankfurt am Main, Krämer has been General Director of the Kunstpalast in Düsseldorf since October 2017.

Director, author, and photographer Wim Wenders is one of the most prominent German filmmakers today. He is best known for Paris, Texas (1984), Wings of Desire (1987), Pina (2011), and The Salt of the Earth (2014), a documentary about Sebastião Salgado which he co-directed. Many artists have been influenced by his works, among them his close friend, the late Peter Lindbergh.